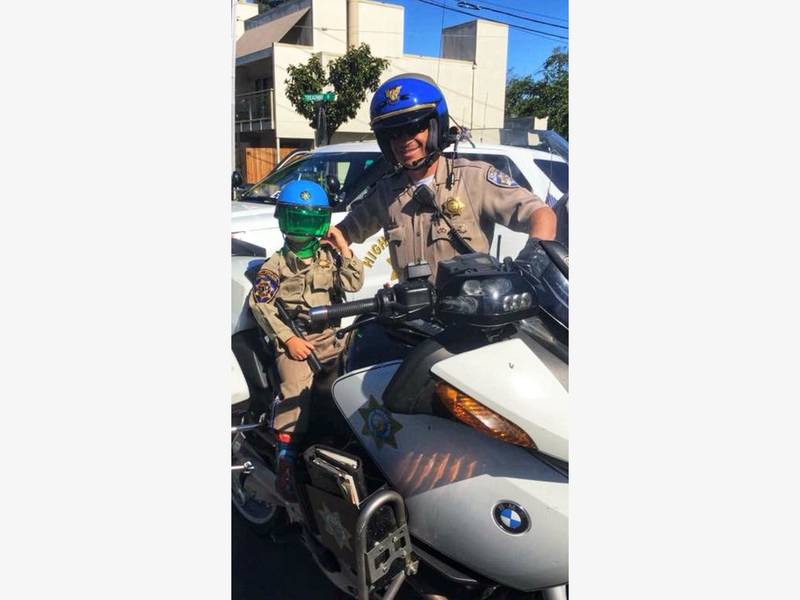 CONTRA COSTA COUNTY, CA — A California Highway Patrol motorcycle officer remained hospital Tuesday morning with major injuries suffered on a Concord freeway when an allegedly intoxicated driver crashed into a pickup truck, catapulting the truck toward the officer. The incident happened at about 6:15 p.m. on state Highway 4 and Port Chicago Highway as CHP Contra Costa Motor Officer Lendway was stopped in the eastbound center median assisting the drivers of a 2013 black Ford F-150 and a 2014 silver Lexus ES350 who had just been involved in a non-injury collision, CHP Officer Brandon Correia said in a news release.

Lendway, after assisting in getting the two vehicles off the roadway and into the center median area so the two drivers could exchange insurance information, had just parked his motorcycle behind the F-150 and turned on the motorcycle’s red-and-blue emergency lights to warn traffic, Correia explained.

He then walked toward the involved parties and as he was standing next to the Lexus, which was parked just in front of F-150, the driver of a black 2006 Chevrolet Trailblazer “was driving off the roadway and within the center median passing all traffic, and approaching Officer Lendway’s parked motorcycle,” Correia said.

“But the driver of the Chevrolet continued and collided into the CHP motorcycle, launching it to the right into the lanes of traffic,” Correia said. “The driver continued and drove the Chevrolet directly into the back of the parked Ford F-150, catapulting it forward into Officer Lendway and the Lexus. The Ford partially landed on top of Officer Lendway, causing major injuries.”

As the Trailblazer driver — later identified by the CHP as 52-year-old Pittsburg woman Tammy Peggy Louise Walker — reportedly tried to avoid the CHP motorcycle that had been launched into the lanes of traffic, the drivers of a blue 2005 Subaru Legacy and a silver 2001 Dodge Ram both swerved to avoid it but ended up colliding.

CHP and emergency medical immediately started treating Lendway on scene before he was rushed to a local hospital for “major injuries but thankfully non life threatening,” according to Correia.

Meanwhile, Walker was assessed on scene for DUI and placed under arrest by CHP officers.

Prior to being booked into Martinez Detention Facility, she was treated at a local hospital.

CHP is continuing its investigation; anyone who witnessed the collision or the events leading up to it or the Chevrolet Trailblazer just prior to the collision is asked to please contact Contra Costa CHP in Martinez by calling 925-646-4980.

“Thank you and thank you to those citizens that stopped and help render aid to Officer Lendway,” Correia said.