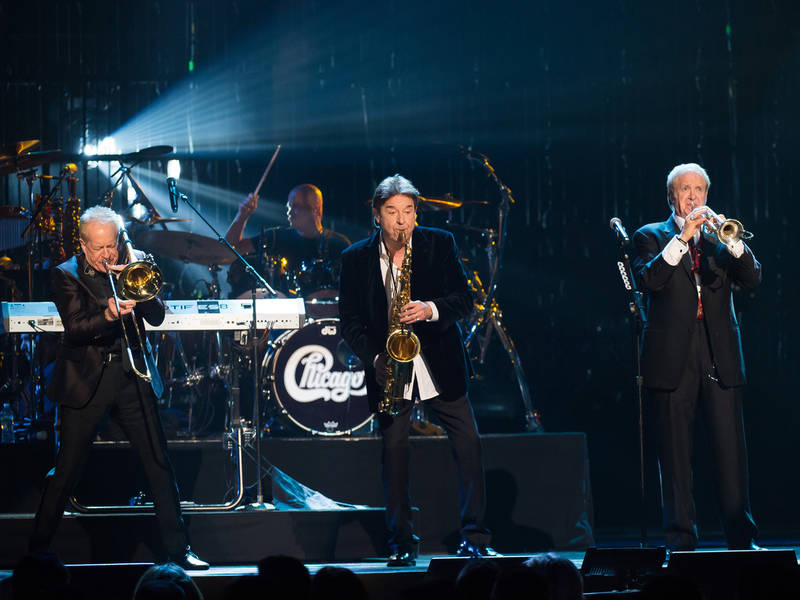 “It’s amazing to think we’re holding our 27th ‘Stars to the Rescue,’ because it feels as exciting as the very first show,” said ARF co-founder Tony La Russa. “Every year, we try bringing something unique as we assemble celebrated musicians together in a more intimate venue. We’re lucky to have such talented supporters volunteering their time, as well as fans who join for a tremendous show supporting a fabulous cause.”

Chicago launches its 51st year of touring this year, making the jazz-infused rock band the longest touring band in the U.S. Their distinctive horn and woodwind sections combined with unforgettable melodies generated numerous Grammy-winning and chart-topping hits, including “Saturday in the Park,” “25 or 6 to 4,” and “Hard to Say I’m Sorry.”

Rising country phenomenon Cam returns to a welcoming hometown crowd from Lafayette fresh from touring in support of her latest album and hit single “Diane.”

Area musical theater enthusiasts recognize D’Ambrosio from his long run as lead in the San Francisco production of “The Phantom of the Opera.” The longest performing “phantom” in the musical’s history, he’s currently touring with his one-man show “Franc D’Ambrosio’s Broadway.”

“Stars to the Rescue XXVII” is sponsored in part by Chevron, Central Garden & Pet, Gagen McCoy and Maddie’s Fund, Purina and more. Proceeds from the musical gala support ARF’s life-enriching programs for pets and people. In addition to adoption of more than 37,000 homeless animals since its founding in 1991, ARF has expanded its educational programs and national outreach becoming a leading voice in animal welfare. Programs include humane education for children of all ages, service-dog training for veterans, low-cost spay neuter programs and more.

Tickets are on sale now at (925) 943-SHOW or www.lesherartscenter.org, priced from $50 to $250. Visit www.arflife.org for more information on the foundation, animals available for adoption, and their numerous community programs.

ARF’s core mission is the rescue of dogs and cats who have run out of time at public shelters, giving them a chance at life until a new home can be found. ARF couples this focus with innovative programs strengthening the human-animal bond for children, seniors, veterans, and people in disadvantaged circumstances. Through ARF, people experience the unconditional love and acceptance of dogs and cats to fulfill a mission of “People Rescuing Animals…Animals Rescuing People…”